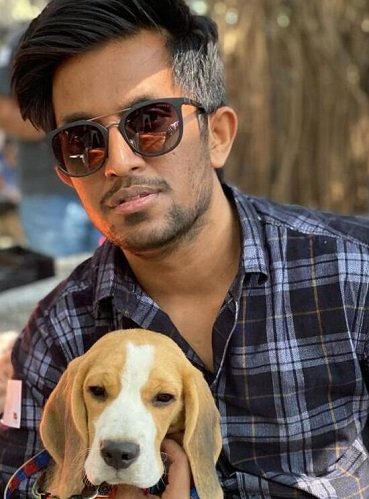 Come to Ivy, and there is no way you will not hear about Anand . Our very own Rocket Singh, who has been with Ivy since its inception to the glory. A charmer and our blue-eyed boy, who has been able to bring some of our biggest customers, has developed new solutions and has traveled to 40 countries in his 9+ years at Ivy Mobility.
Anand started as Ivy’s first Business Analyst in 2013. He joined Ivy soon after completing his MBA. From humble beginnings, Anand climbed his way up the ladder with immense grit and dedication.

Today he heads the Global Presales team of Ivy. Anand has taken up several roles at Ivy like Senior Solution Consultant, Solution Architect and is now into Presales. In this time, he managed to carve out a name for himself within the organization and in the CPG industry.

Anand says that Ivy has shaped and molded his personality by giving him immense exposure and opportunities. He has picked up many learnings from across the globe while traveling for Ivy. He reminisces his time in Nigeria, where he learned about fairness and equality on a whole new dimension.

Anand has seen and grown along with Ivy. As Ivy expanded their offices to 9 locations across the globe, Anand expanded his presales team. He trains his team in techno-functionalities and business strategy. Anand says that adapting to changing times is the most critical aspect of growing in the right direction. 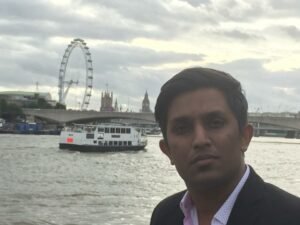 His warm nature, cheerful chatter, and fun character has helped him make several close friends within the organization. He believes in human-human connections irrespective of age, which enables him to balance all his relationships. A connoisseur and an adventurist, he is the gentlest when playing with his pups.

Anand’s love for Ivy never ceases to exist because Ivy recognized his capabilities, gave him the space to grow, and fulfilled all his ambitions. Trust, Motivation, Credits, Appreciation, and real-life relationships are all synonymous with the Ivy culture. Anand will always uphold Ivy’s name, just as Ivy will cherish him forever.